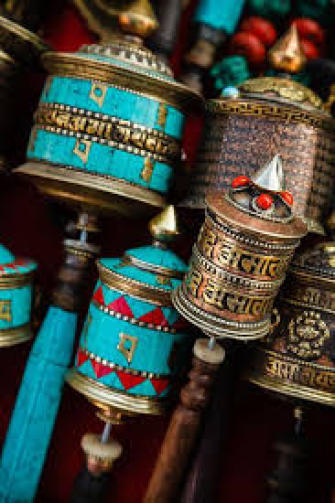 "What you think, you become. What you feel, you attract. What you imagine, you create."

The English word mindfulness is often used to translate a Pali term found in the early Buddhist teachings, sati. In fact, the Buddha gave a set of instructions for meditation that became known as the Satipatthana Sutta, or “Discourse on the Establishing of Mindfulness.” And “right mindfulness” is one of the steps of the noble eightfold path, the path of practice taught by the Buddha, that would lead to awakening.

As far as we know, the Buddha’s definition of sati was pretty straightforward: it means keeping something in mind—that is, continuously remembering the object you’re aiming to keep your attention on. So when a Buddhist teacher talks about mindfulness of the breath—in meditation, for example—they’re talking about remembering the breath, maintaining your awareness on the breath.

Other meanings the Buddha connected with mindfulness in his discourse were being alert; being ardent; being intent; and experiencing with comprehension. In other words, mindfulness is not just a kind of bare attention.

Ultimately, it is a way of training the mind that is integral to all other elements of Buddhist practice. Mindfulness is involved in living ethically—for instance, by following what are known as the precepts. In this case, it means remembering that you’re not going to kill anything, you’re not going to lie, you’re not going to steal, and so on. Sticking with that behavior requires remembering how you want to live, and being aware of the choices you make and what their consequences are likely to be.

As the popular concept of “mindfulness” has grown exponentially over the past three or four decades, the term has been defined and interpreted in all sorts of ways and applied to all aspects of life, from business transactions to eating. Indeed, being “mindful” is often viewed as an end in itself.

That, however, is not a Buddhist idea. It’s worth remembering that the Buddha never said that mindfulness can solve our problems—it’s just one skill among many that he taught on the path leading to cessation of suffering.